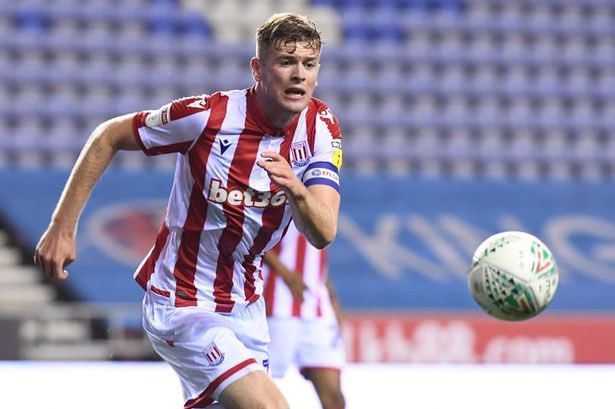 Nathan Collins will more than likely be playing in the Premier League next season, but with who, remains to be seen.

Manchester United and Arsenal are believed to hold an interest in the 20 year old, but Burnley appears to be his most likely destination at this early stage.

The Republic of Ireland international is currently sidelined with an injury that cost him the end of the season, as he was forced to watch from the stands as Stoke slumped to an uninspiring bottom half finish.

It now seems like the Potters have broken their silence on Collins, who manager Michael O’Neill previously stated wasn’t for sale.

It is believed that Collins is available for around £15 million, a snippet to the likes of Manchester United and Arsenal.

For United, a partner for Harry Maguire appears to be high on the agenda this summer, with Victor Lindelof and Eric Bailly both having struggled for form this season.

While for Arsenal, a big summer rebuild is planned after Mikel Arteta’s side missed out on European football for the first time in over 20 years.

Financial problems could force Stoke’s hand in selling one of their star assets, as the club posted a loss of £88 million for the Covid-19 hit, 19-20 season.