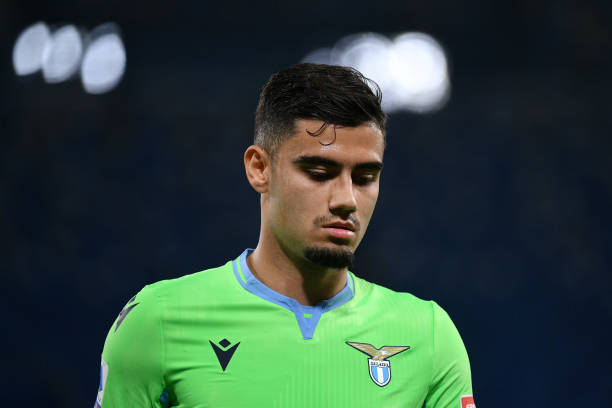 Andreas Pereira has returned to Old Trafford, as his nightmare spell at Lazio comes to an end, but there could yet be another chapter to his Italian story to be written next season.

The 25-year-old struggled to impress at Lazio, but with the Italian giants now look set to hand over the managerial reigns to Maurizio Sarri, who appears keen to bring Pereira back to Rome.

In the terms of his previous loan deal, Lazio had the chance to sign Pereira on a permanent deal, but they passed that up, instead pursuing the midfielder on loan.

United are spoilt for choice in centre midfield, with Ole Gunnar Solskjaer liking the double pivot option of Fred and Scott McTominay, whilst Paul Pogba and Donny Van de Beek can also play there.

Probably Pereira’s preferred position is at number 10, but with Bruno Fernandes almost indispensable at Old Trafford, the Brazilian would be playing out of position.

For United, a loan deal wouldn’t be their number one option.

With only two years left on his current deal, upon his return, Pereira will have just one year left on his Manchester United deal, meaning his market value will have plummeted from what it would be now.