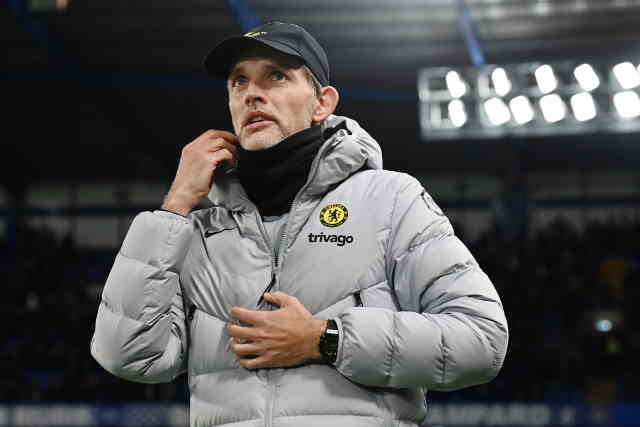 The Premier League returns to action this midweek, with four rescheduled fixtures set to take place on Tuesday and Wednesday.

Let’s take a quick look at each one of them with the previews coming to us courtesy of Football Today.

Only three points separate the teams ahead of the kick-off, though it is worth noting that Sean Dyche’s men have two games in hand.

Both sides head into proceedings amid rough patches and could be seeing this fixture as the ideal opportunity to bounce back.

While the Clarets are enduring a run of seven league games without winning (D4, L3), the Hornets’ 1-1 draw with Newcastle United at the weekend halted their run of six top-flight defeats in a row.

Chelsea have an immediate opportunity to gain revenge on Brighton following an underwhelming 1-1 draw at Stamford Bridge in late December.

Thomas Tuchel’s men have fallen a staggering 13 points behind pacesetters Manchester City following a 1-0 loss at the Etihad on Saturday.

Now winless in three Premier League games on the trot (D2, L1), the reigning Champions League holders are well off the title pace.

Another failed attempt to land the three points could spell the end for Chelsea’s hopes of dethroning the Cityzens.

However, they can draw confidence from their intimidating Premier League record against Brighton, having never lost a game to this opposition in the competition (W10, D3).

After a COVID-19 outbreak in the Arsenal camp forced the postponement of their Sunday’s all-London encounter at the Tottenham Hotspur Stadium, Tottenham are set for a tantalising trip to Leicester City.

Spurs pulled off an overwhelming 4-2 win in this exact fixture back in 2020/21, last securing back-to-back away league wins in the East Midlands back in 2003 and 2004.

Inspired by the charismatic manager Antonio Conte, the Londoners have gone unbeaten in all eight Premier League games in the post-Nuno Espirito Santo era (W5, D3).

With a coveted fourth place well within reach, Tottenham will be looking to make a decisive step towards leapfrogging West Ham at the King Power Stadium.

Standing in their way will be an underperforming Leicester side that have alternated between victories and defeats across their last four league outings (W2, L2).

Stuck in a mid-table lethargy, Brendan Rodgers’ men are already a whopping 12 points adrift of fourth-placed West Ham, albeit they still have four games in hand.

Ralf Rangnick’s honeymoon period is well and truly over as Manchester United look to have got back to their old ways following a fast start under the new interim boss.

Despite boasting a 2-0 lead in the 77th minute of their trip to Villa Park at the weekend, the Red Devils walked away with a single point, courtesy of Aston Villa’s two late goals.

United have failed to win any of their two Premier League matches in 2022 (D1, L1), with their performances under Rangnick flattering to deceive.

Well aware of his side’s limitations, the German manager seeks reinforcements in January, per The Athletic.

Therefore, they will see this trip to the Brentford Community Stadium as a prime opportunity to get back to winning ways and post their first league win of the new calendar year.

Meanwhile, Brentford seem to be sinking without a trance after losing their last two Premier League games by an aggregate score of 7-1.

Against this backdrop, they have won three of their last four home league fixtures (L1), meaning Man United can ill-afford to underestimate Thomas Frank’s team here.