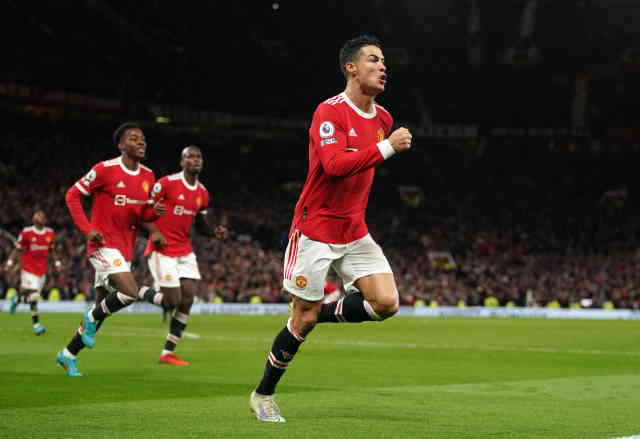 An exciting showdown between Manchester United and Leicester City will serve to drop the curtain on Saturday’s Premier League action. For those betting this weekend, the United-Leicester game offers a great chance to bet smart with a Stake promo code and back the visitors – after all, the hosts are more than capable of slipping up.

After guiding his side to a pivotal 3-2 win over fellow top-four rivals Tottenham Hotspur, the German tactician took to the press to emphasize his Champions League ambitions.

In an interview with ESPN, Rangnick outlined the Red Devils’ potential to conquer Europe’s elite competition.

However, he had to eat his words after Atletico Madrid crashed the Old Trafford side out of the competition.

On the other hand, Leicester had gone from strength to strength in the Premier League before the international break curtailed their momentum.

Brendan Rodgers’ men have won three of their last four league matches (L1), as many victories as they amassed across their 16 previous outings in the competition (D6, L7).

Stuck in tenth in the Premier League table, the Foxes remain hopeful of achieving a fifth successive top-half finish, although they are already out of the race for European football.

An underwhelming 4-2 defeat at the King Power Stadium earlier this season made it three losses in a row for Man United against Leicester, as many reverses as in their previous 36 H2Hs in all competitions (W24, D9).

Moreover, after a run of one defeat from their first 20 competitive matches in the post-Ole Gunnar Solskjaer era (W10, D9), the Red Devils have lost twice in their last three games (W1).

However, Rangnick’s men are unbeaten in their last five Premier League fixtures at Old Trafford (W3, D2), alternating between wins and draws on each occasion.

Despite their recent upturn in form, Leicester have encountered all sorts of problems on the road of late, suffering five defeats from their last six Premier League travels (W1).

Additionally, Rodgers’ players have gone winless in their last four top-flight meetings with sides sitting above them in the Premier League standings (D2, L2).

A piece of history is up for grabs, though, as after beating Man United in the reverse fixture, Leicester could register their first-ever Premier League double over the Red Devils.

Unless Man United pick up any injuries in the remaining international fixtures, Rangnick should have his star-studded squad fully fit for Leicester’s visit.

Cristiano Ronaldo will headline Portugal’s bid to maintain their 100% record of reaching major international tournaments in the 21st century against North Macedonia.

Meanwhile, the Foxes have received a triple injury boost ahead of their trip to Old Trafford as Jonny Evans, Jamie Vardy and Wesley Fofana have returned to the fold.

After swapping England for Nigeria, Ademola Lookman will hope to inspire the Super Eagles past Ghana in their 2022 World Cup qualifying play-off final.