Tottenham Hotspur aren’t short of centre-backs with Eric Dier, Cristian Romero, Davinson Sanchez, Japhet Tanganga and Joe Rodon, but they’re 11th in the Premier League for shots conceded (13.6 per game) while only six clubs have conceded three or more goals on more occasions (6), so they could benefit from better protection.

Japhet Tanganga has started five league games since September, Joe Rodon has made just one league appearance all season and Davinson Sánchez doesn’t always start regularly, so it’s no surprise why the Sunday Mirror say Tottenham are interested in Nikola Milenkovic. The 24-year-old is a highly-rated defender who had a £37.5m asking price in January but may be available for £13m. 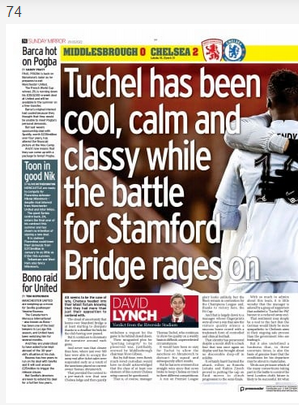 Milenkovic joined Fiorentina from Partizan in 2017 and has gone on to make 163 appearances in all competitions, scoring 14 goals with one assist. The Serbian international, who has represented his country in 32 occasions, has become one of the best defenders in Serie A after early promise but wants out of Fiorentina, so a lucky club could land themselves a bargain.

Milenkovic’s deal at the Stadio Artemio Franchi is up in 2023 and his failure to put pen to paper on an extension has the Violas resigned to losing him. Fiorentina originally wanted £37.5m when his stock was high, but now they need a quick sale this summer as they risk losing him for nothing next year.

Tottenham may pounce as they could sign a talented defender without paying a premium, but they do have competition from Inter Milan and Manchester United which is bad news.