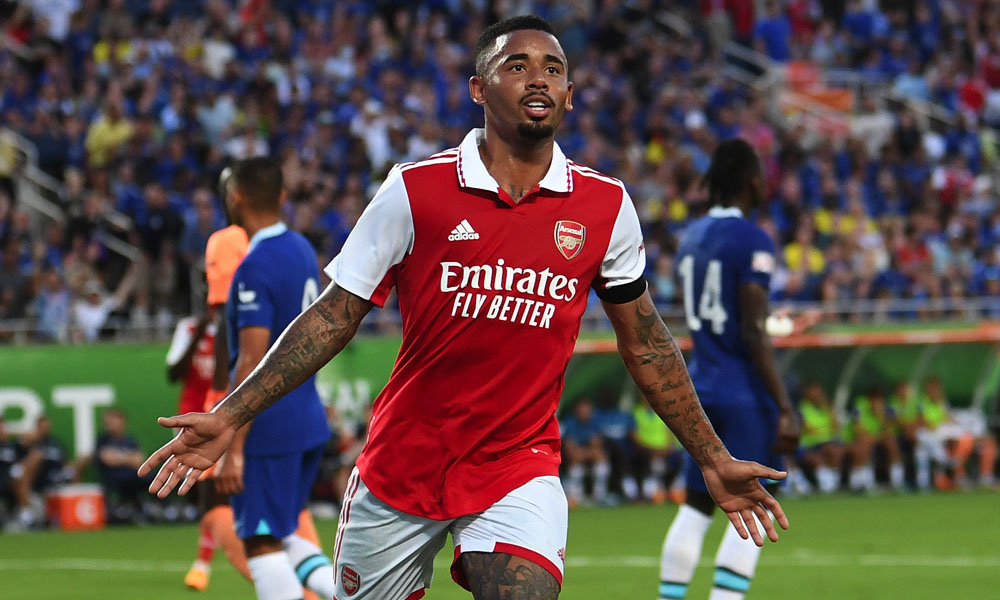 Arsenal take on Sevilla in the Emirates Cup this afternoon in their final pre-season game ahead of the new 2022/23 campaign.

The Gunners kick off the new season with a tricky trip to Selhurst Park on Friday night to take on Patrick Vieira’s Crystal Palace. However, Mikel Arteta will feel his side are in prime condition following an excellent pre-season.

A 5-3 victory at Nurnberg was followed by a solid 2-0 defeat of Everton in the USA. Arsenal then saw-off Orlando City 3-1 before thrashing rivals Chelsea 4-0 in Florida last Sunday. Another victory over Sevilla would make it 5 wins from 5 pre-season games so the Gunners would be full of confidence head to Palace.

Today’s clash with Sevilla could be tricky as the Spaniard’s are no mugs, and they held Tottenham to a 1-1 draw in South Korea earlier in pre-season, so Arsenal shouldn’t take the task too lightly.

However, Arsenal are still the heavy favourites with the betting sites to claim victory today with Fun88 pricing the hosts at 1/2 to win the game. Sevilla are 4/1 while you can back the draw at odds of 3/1.

Arsenal have been scoring goals for fun in pre-season and we should expect to see plenty of goal mouth action once again today. Over 2.5 match goals looks a shoe-in at odds of 5/4 and both teams to score is also a decent bet at 4/7.

Arteta is set to field the side that should line-up against Crystal Palace in their Premier League opening game. That means Aaron Ramsdale should start between the sticks with Gabriel marshalling the defence.

There will be new faces on show as well with Oleksandr Zinchenko set for his first outing at the Emirates as an Arsenal playing having secured his move from Manchester City earlier this month. The Ukrainian international is likely to start at left-back with Kieran Tierney not fully fit.

William Saliba should make his first home appearance as an Arsenal player having impressed in pre-season. Ben White will line-up at right-back in the absence of Takehiro Tomiyasu, who is still working his way back to fitness.

Thomas Partey and Granit Xhaka are likely to be selected ahead of Mohamed Elneny and Albert Sambi Lokonga in midfield with Martin Odegaard starting in the No.10 role. The Norwegian is set to be named as Arsenal’s new captain for the season.

Gabriel Jesus will make his home debut since joining from Manchester City. The Brazilian international will no doubt prove to be an excellent signing for the Gunners as they’ve missed a striker like him in recent years.

Bukayo Saka and Gabriel Martinelli are expected to start on the wings so the likes of Emile Smith Rowe, Nicolas Pepe and Eddie Nketiah will have to settle for places on the bench.

Sevilla should give Arsenal a stiff test but the Gunners are in fine form and are expected to prove far too strong in the end. Gabriel and Saka are the dangermen for the hosts. Arsenal 3-1 Sevilla