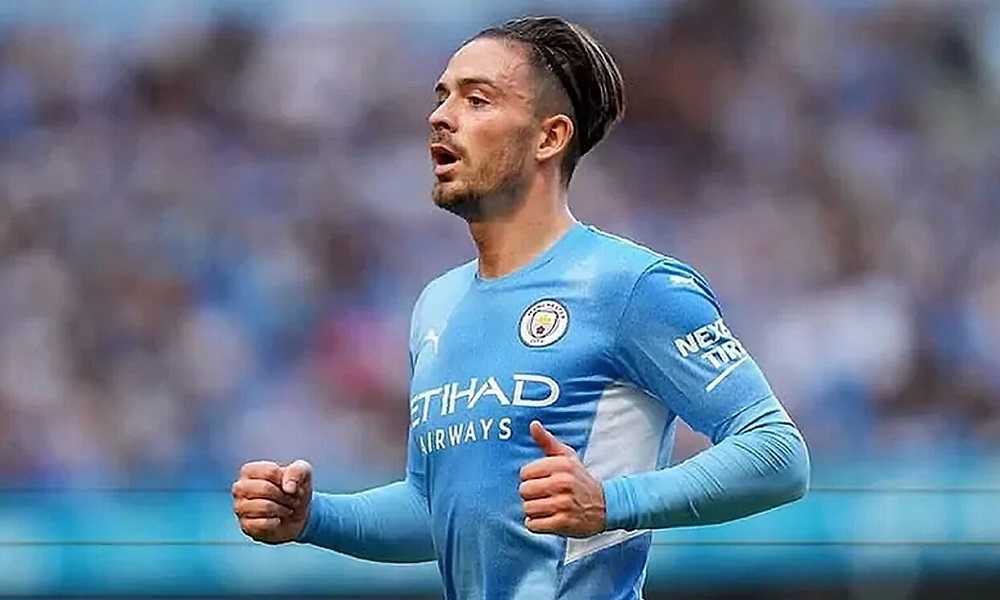 That’s what City paid Aston Villa for Jack Grealish last season. The Englishman was a sensation at Villa, and Pep Guardiola expected him to be the same at City.

A season later, he has fallen relatively short and is coming under the eye of critics who’ve tagged the England international as ‘not good enough.’

A league winner in his debut season for Manchester City, Grealish didn’t seem to have a significant role to play in the side. Instead, he managed to bring out a rather average performance throughout the season, and questions are raised about whether he is living up to the hefty price tag that City paid to acquire the midfielder.

“He’s not a quick learner” is one of the biggest concerns from City right now, with him trying to pick up his form but failing on many occasions.

Why has he come under the spotlight from the pundits? Or is it too early to come to conclusions?

The Grealish switch was one of the most talked about transfers by everyone who purchased Manchester City tickets. It was a record fee for English football and a transfer tagged as a steal.

A whopping sum of £100 million was paid by City, the highest in the Premier League, surpassing the £89.3 million spent by Manchester United to sign Paul Pogba. On top of that, the club reports added that they paid an additional £10 million to his agent, his father, Kevin Grealish.

Playing his football for his boyhood club, he was a part of Villa from the age of six and made his debut for the club as an unused substitute against Chelsea in 2012. Since that day, he has been a sensation to watch for the club in the midfield.

Since then, his style of play has amused the world of football as a traditional midfielder to earn the tag “old-school-player.” He had that flair in him to turn negative situations to his favor, and this saw Villa winning several games during his time.

His tactful playing and ability to accommodate himself as a wing made an exceptional proposition for the heavyweights in the Premier League.

His signing for City came because of this, and the football world was buzzing on his arrival. He made a fine start to life at City, grabbing a goal and assisting in his first five appearances for the side.

But, since then, things haven’t been the same for the 26-year-old.

Grealish scored two more goals and two assists in the subsequent appearances, making it three goals & 3 assists in the 22 games he started, much to the disappointment of everyone who purchased Manchester City tickets.

“Jack Grealish has not improved”

In a recent conversation with Sky Bet, football pundit Graeme Souness added that he (Jack) “has not improved.”

“He is not a quick learner,” adds the former Liverpool manager, and with the year he had, he has not shown any improvement.

These allegations seem to be coming with his 100 million price tag, but Souness begs to differ.

“I have not mentioned his transfer fee,” he added, and the reasoning that he brings to the table is the level where City is right now. City currently consists of some of the best talents in the world, and he expected Grealish to replicate his success and grow alongside the rest.

The expectation is that Grealish is in the top tier of the players in the Premier League, and he needs to level up fast to match the expectations.

Souness is critical of his performance, and he has all right to do so. But, former Manchester United player Roy Keane begs to differ.

Give Jack the benefit of the doubt – Keane

The former United legend, now turned commentator thinks that it is too early to jump to conclusions with Grealish and that adapting to City can be difficult.

“He should have gone to City and adapted a bit quicker, but sometimes, it can be difficult.”

In Keane’s case that he tries to build, he still believes that the 26-year-old has what it means to be a great player and make a name around himself since the earlier season was one with injuries and less game time.

While everyone who had already purchased Manchester City tickets tried to take their counterpart team player’s opinion unconventionally, Souness didn’t look too pleased.

Keane has had a reputation for bringing out the hard-hitting facts and believes that Guardiola could trust Grealish a bit more and give him adequate game time.

“I think Pep (Guardiola) certainly would’ve been intense….and Jack wasn’t quite used to that.”

Having secured their 4th league title in 5 years, City has a league to retain, which comes with a hefty tag. With that pressure in mind, it might be a bit challenging for the English national because there is plenty of raw talent to take his place.

Sterling gives a chance for Grealish

The transfer market news wasn’t something the Manchester City tickets’ owners weren’t ready to hear. It was the news of their long-standing player Raheem Sterling, who’s been with the club, winning four league titles leaving. And that too for Chelsea.

But the exit of Sterling is also a good sign for Grealish because now he has a fair opportunity to prove himself.

City will now look at Grealish to exploit this situation, with Phil Foden competing for a left-wing spot. It is up to the Englishman to put his hand up and ensure that Keane’s defense is justified.

The news of Erling Haaland joining couldn’t have arrived better, and this will only increase Grealish’s prospects for the season. He lacked a focal point last season, and what made him who he was at Villa was the partnership he had with Ollie Watkins.

Maybe this is a blessing in disguise.

As we near another season, the expectations are high with City and Grealish to deliver. And if you are an ardent City supporter, you’d want to purchase Manchester City tickets and ensure that you see this happening first-hand.

According to official sources, the news of Haaland had already spiked the ticket demand at the Etihad, with thousands of fans searching for Manchester City tickets.

Instead of the official sites, you could try exploring the reseller platforms for Manchester City tickets to find an easy way in.

All the tickets listed on the trusted platforms are verified and their originality confirmed, so you’ll save time and get hands-on Manchester City tickets quickly.